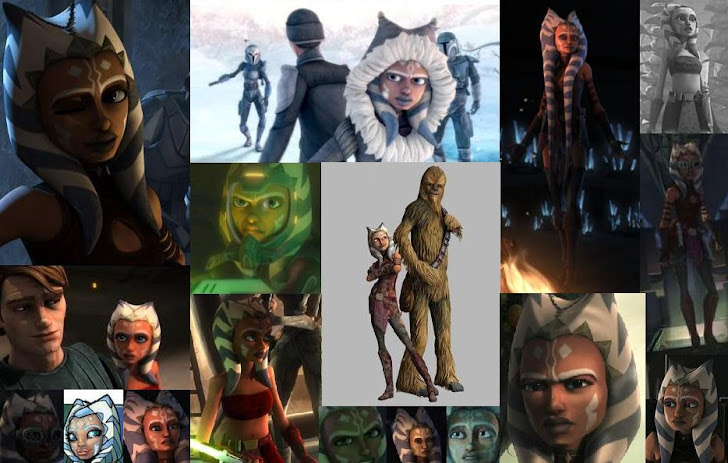 Yesterday, I got the Force Unleashed II and saw something very interesting. For those of you who have not played or do not own the game, I will not be giving anything really important away. I was about halfway through the first level when I realized something. I had thought about this before, but it finally took my full attention. In the first Force Unleashed, Galen Marek, or Starkiller as he is better known, had a single lightsaber that he held in a reverse grip. But another of Darth Vader's Apprentices, this one from when he was known as Anakin Skywalker, also carried a lone lightsaber in Shien style; Ahsoka Tano. 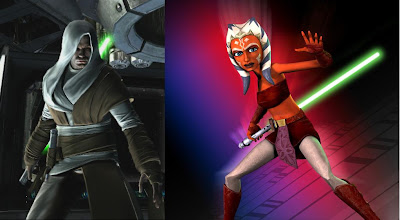 Later on, when Ahsoka gains her Shoto, Starkiller's clone seems to have obtained a secondary lightsaber, this one full sized. They both still hold their lightsaber in reverse in a extremely similar stance. 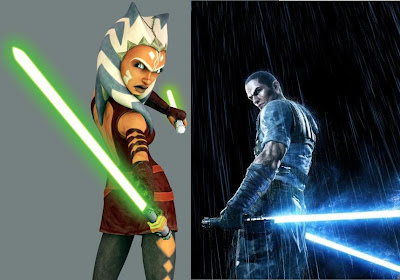 (I was unable to find the exact picture of Ahsoka, but she can be seen in several episodes taking on Starkiller's stance)
It is interesting that Vader himself does not use their unorthodox technique, but yet both his Apprentices have comparable weaponry and methods in lightsaber wielding.

May you have a blessed day,
~Ahsoka Tano
Posted by Ahsoka_Tano at 10:04 PM

Ahsoka_Tano
I am a super crazy, insane Star Wars fanatic! I love to write, draw and sing! I also LOVE Ahsoka Tano!! And my favorite Old Republic Jedi is Satele Shan! I'm Christian and love to spread GOD's word in missionary work.